The thermal mineral waters of the “Terme di Orte” have been known since ancient times for their therapeutic qualities and have been used for drinking water therapy and balneotherapy. They were called “Acque dei Rognosi” (Mangy People’s Waters) or “Fonte dei Rognosi” (Mangy People’s Spring). Both designations emphasized the beneficial effects of these waters, especially for the treatment of skin diseases. The area was also known by the name of “Capannelle” (small cabins), due to the presence of rudimental cabins made of shrubs and reeds, which were used by the people who bathed in those waters. These structures were an actual meeting point for the inhabitants of Orte and for the many visitors. They were the place where people stayed while waiting for their turn to bathe or where they could get frugal meals after bathing. Later on these precarious constructions were replaced by a thermal complex called “Terme di Orte”, which today is one of the most popular and sought-after in the Lazio region. 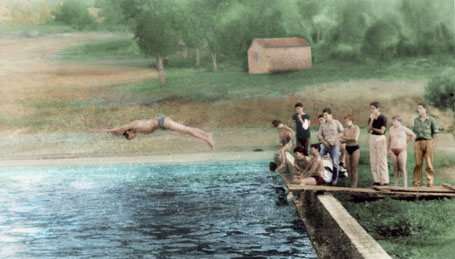 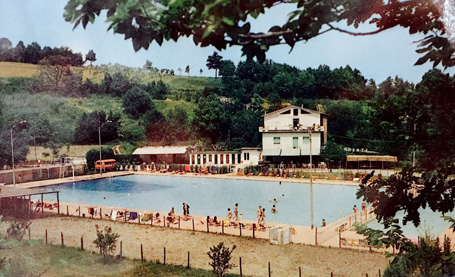